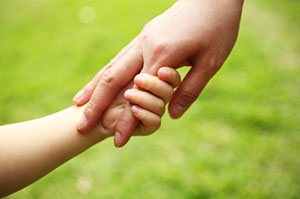 You want to protect your children. Whether it is primary custody of the child, or a shared custody arrangement, the parties are always encouraged to come to an agreement between themselves without the necessity of Court intervention. But often times the parties cannot agree and the children suffer. You may have to take action in the Courts to enforce your custodial rights, whether that be visitation, primary physical custody, or shared physical custody. Unfortunately, you may need to seek to terminate the custodial rights of the other parent due to factors such as abusive or drug-related behavior, and you must take aggressive steps to protect your child.

If you recognize a custody problem, you need to take prompt, swift action to get an enforceable Court order in place that not only protects your rights as a parent but ensures the best interests of your children will be protected. Often times with child custody, you have one spouse who has custody and the other spouse has visitation or partial custody, and one or both have to move out of the area and there becomes a relocation issue. Pennsylvania family law attorney Jonathan Comitz of the Comitz Law Firm has a tremendous amount of experience in child custody cases.

The most important consideration in custody actions in Pennsylvania is the best interest of the child.

What exactly is meant by the term “child custody” and what are the different forms of custody and visitation?

Often when spouses separate or file for divorce, children are impacted. It is critically important to look out for the best interests of your children when going through such an emotional and financial transition. Child custody refers to having the rights of caretaker, or custodian, of a minor child. If you are divorced, separated from or do not live with the other parent of your child, you will likely have to confront custody issues. There are two (2) types of custody—legal custody and physical custody. Legal custody refers to the ability to participate in making major parental decisions regarding your child, such as religious affiliation, which schools to attend, and the like. In the vast majority of situations the parents share legal custody of their children.

What happens if the parents cannot agree on custody or visitation issues?

If the parents cannot agree to a custodial and / or visitation arrangement for the children, they can institute a custody action with the domestic relations section of the county in which they live, and the Court will establish those arrangements. The best interests of the child controls: stability, maintaining the status quo, educational opportunities, financial ability, quality of home life, impact on siblings, and the ability to provide overall care for the child. Courts favor the substantial involvement of both parties in the child’s life, and typically will attempt to craft a schedule that provides both parents with the most amount of time as is practicable to spend with the child or children.

What do I do if I want to change a custody designation or modify a custody order?

Once you receive a Court order or enter stipulation which provides you with either primary, partial or shared physical custody, it is very difficult to change that designation. Generally, a custody designation may be changed by one of only two ways: (1) by agreement of the parties or (2) by Court order, which usually would only occur after a custody trial. However, you may seek to modify a custody order, such as changing days and times of custody, further specifying a parent’s duties / responsibilities, or putting special conditions on periods of custody. Modification can be accomplished by filing a Petition to Modify with the Court, and then a conference will be scheduled before a Custody Master.

I am being deprived of seeing my children. Is there anything I can do?

Is it possible for my ex-spouse (or myself) to move out of state with the child or children?

Contact our law firm to schedule a consultation about your divorce or other family law concern, call us at (570) 829-1111. Our child custody attorneys serve clients in Luzerne County, Lackawanna County, and the rest of the Commonwealth of Pennsylvania.