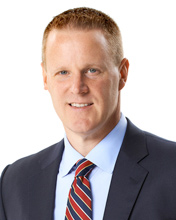 Born and raised in northeastern Pennsylvania, Attorney Comitz grew up in the Heights section of Wilkes-Barre and graduated from G.A.R. Memorial High School. He then attended Juniata College and Widener University Commonwealth Law School (formerly Widener University School of Law) in Harrisburg, PA. In 2003, Attorney Comitz returned to northeastern Pennsylvania to begin his law career.

It was very important for Attorney Comitz to return home. His family has long had its roots in the Wilkes-Barre/Scranton area, and their stories are likely familiar to many of you. One of his grandfathers was a coal miner, and his other grandfather drove a bakery delivery truck. Hard work and integrity have been instilled in him from an early age, and are cornerstones of his legal practice today.